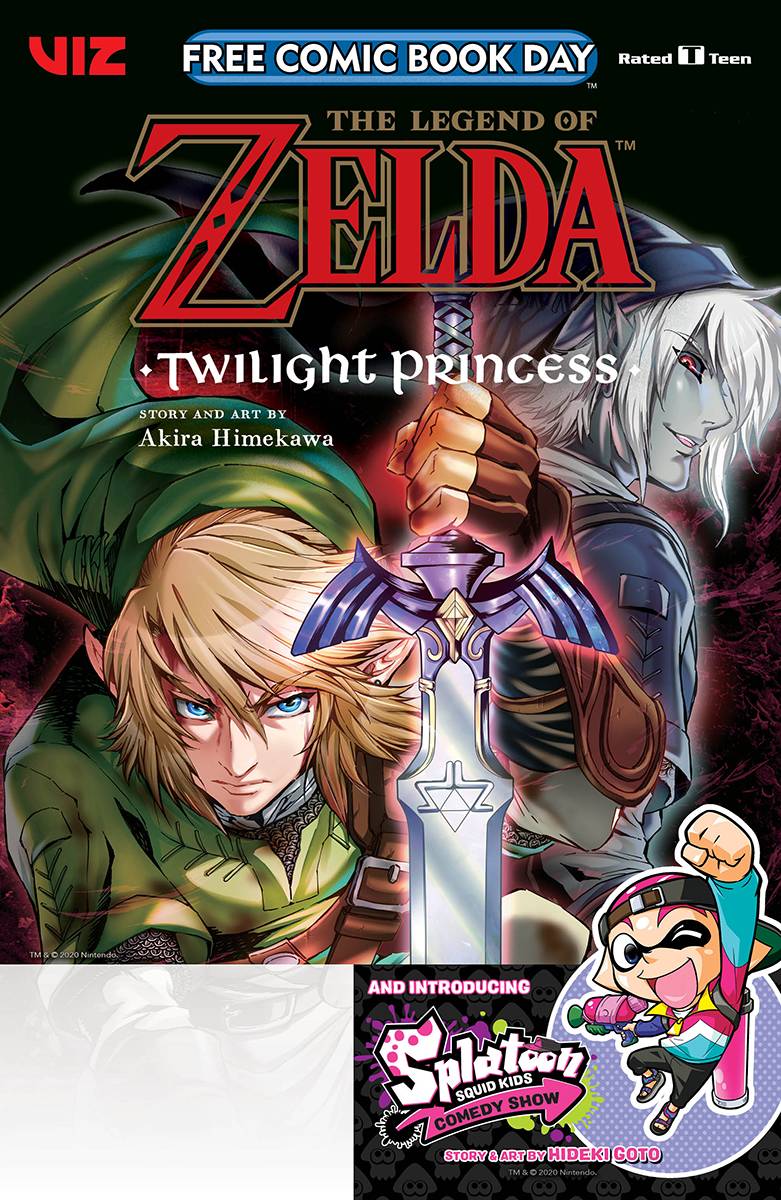 JAN200012
(W) Akira Himekawa, Hideki Goto (A/CA) Akira Himekawa, Hideki Goto
The Legend of Zelda: Twilight Princess: Once upon a time, wizards tried to conquer the Sacred Realm of Hyrule. The Spirits of Light sealed the wizards' power within the Shadow Crystal and banished them to the Twilight Realm beyond the Mirror of Twilight. Now, an evil menace is trying to find Midna, Princess of the Twilight Realm, and the fragments of the Shadow Crystal to gain the power to rule over both the Twilight Realm and the World of Light! PLUS: Splatoon: Squid Kids Comedy Show, a new series based on the world of Splatoon, the hit video game series from Nintendo!
Rating: Teen
In Shops: September 9, 2020