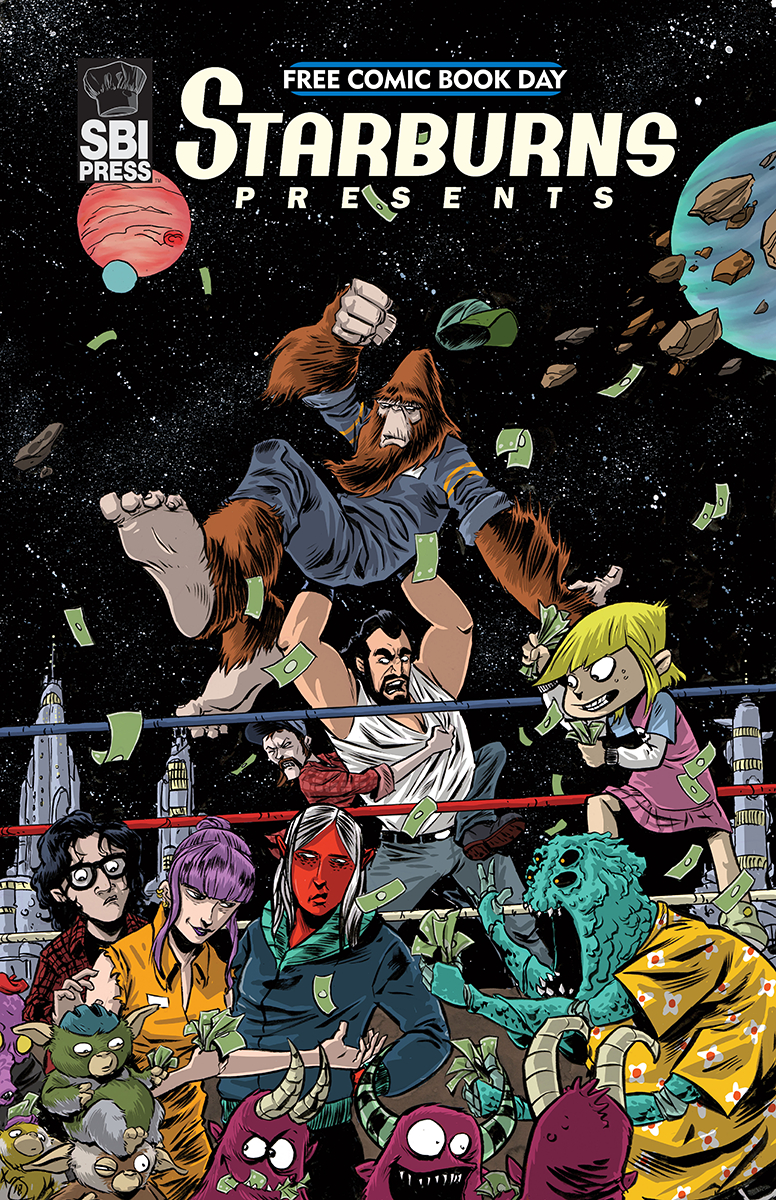 JAN190046
(W) Ed Kuehnel, Matt Entin, Eben Burgoon, C. W. Cooke, A.C. Medina, Mina Elwell, Ben Kahn, Josh Fadem (A) Dan Schkade, Kit Wallis, Trevor Richardson, Eben Burgoon, Bruno Hidalgo, Josh Fadem (A/CA) Kelly Williams
Starburns sure has some strangeness on the horizon! Is that a beer-swilling Sasquatch behind the wheel of a vintage Corvette, burning rubber on the dusty highway? And are those lights in the sky actually war-mongering aliens from Planet Wrestletopia itching for a grudge match against the people of Earth? No! To the left of those other lights, see? It's the Starship Gryffen, fleeing a galactic Federation promising a Utopia enforced by clandestine fascism. And that spark of fire in the distance? Don't mind that, it's just Cherry, the devil's prankster granddaughter. And because it isn't really a sneak peak of Starburns Industries Press without some quirky comedy, Josh Fadem of 30 Rock fame offers a sneak-peek of his humor tome, A Whole New Set of Problems!
Rating: Teen
In Shops on Free Comic Book Day 2019!