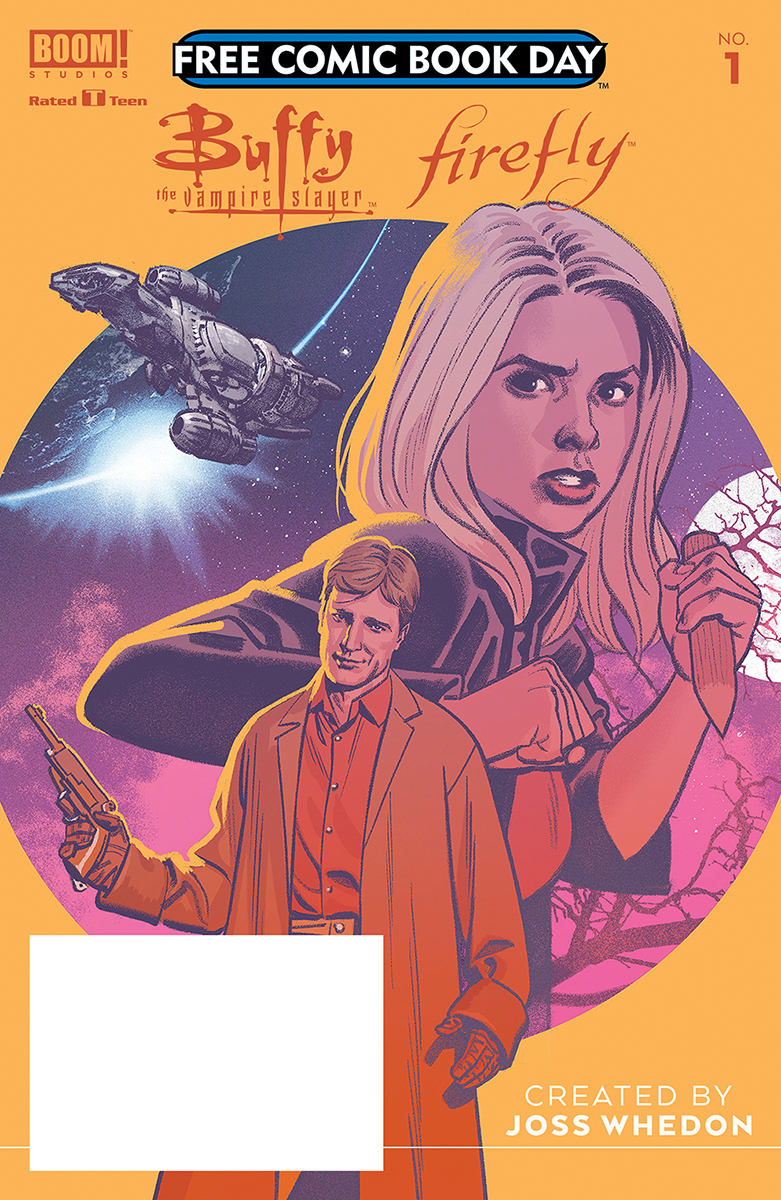 JAN190002
(W) Greg Pak, Jordie Bellaire (A) Ethan Young, Dan Mora, Serg Acu?a (CA) Greg Smallwood
The perfect jumping-on point for the Whedonverse with all new stories from the worlds of BOOM! Studios' hit series Buffy The Vampire Slayer and Firefly.
First, Captain Malcolm Reynolds and his first mate Zoe Alleyne Washburne have a bond that was forged in blood during the war that shaped the 'Verse...but when the awful secret at the core of that bond is finally revealed and they're called to answer, the people who love them are left to pick up the pieces.
And in the second exclusive story, there's something evil lurking under Sunnydale High School, namely a gateway to a hell dimension that's been foretold to destroy the world as we know it. Buffy and the gang have mostly got it under control...as long as everything stays exactly as it is, and we mean zero new plot points, no new characters, and absolutely no twists, turns, or misunderstood prophecies. Easy peasy!
Rating: Teen
In Shops on Free Comic Book Day!