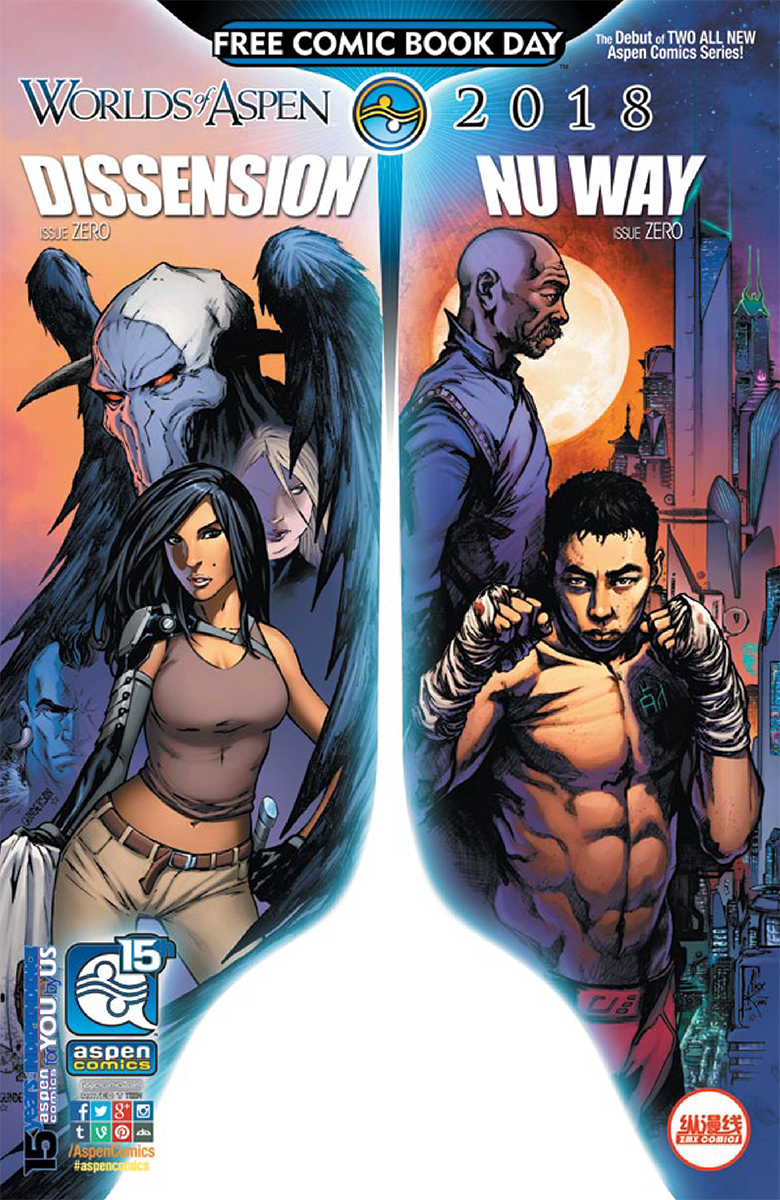 JAN180017
(W) J. T. Krul, Jordan Gunderson (A) Alex Konat, Jordan Gunderson (CA) John Starr
Celebrate 15 years of publishing with Aspen Comics in this jam-packed Worlds of Aspen Free Comic Book Day 2018 Anniversary Edition! J.T. Krul and artist Alex Konat present Nu Way, set in 2051, where technology has infected every aspect of human life, and people sacrifice their flesh and blood for a chance at a better life. In New Sheng, a young combatant named Zihao is trying to literally fight his way up from the city slums with his fists, hoping to make it to the big leagues where cybernetically-enhanced warriors battle for fame and fortune. For the second half, Jordan Gunderson debuts his long-awaited first creator-owned series, Dissension! Long ago, mankind suffered under the hand of a vengeful group of fallen angels. Now, a young woman, possessing a power that had lain dormant in the descendants of the first peoples of Earth, must rise up to stop their return!
Teen Audiences.
In Shops: Apr 11, 2018 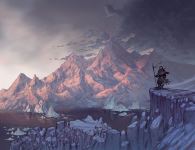