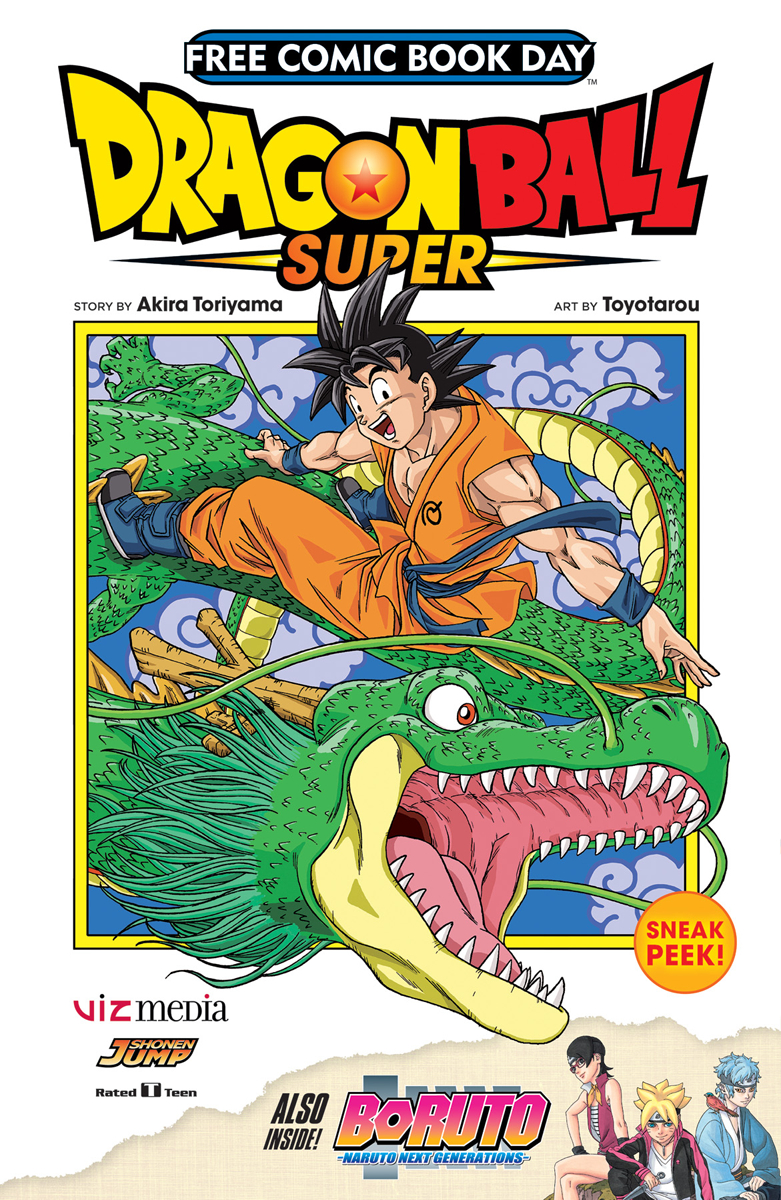 JAN170047
(W) Akira Toriyama, Masashi Kishimoto (A/CA) Akira Toriyama, Masashi Kishimoto
Dragon Ball Super: Ever since Goku became Earth's greatest hero and gathered the seven Dragon Balls to defeat the evil Boo, his life on Earth has grown a little dull. But new threats loom overhead, and Goku and his friends will have to defend the planet once again in this continuation of Akira Toriyama's best-selling series, Dragon Ball! Boruto: Years have passed since Naruto and Sasuke teamed up to defeat Kaguya, the progenitor of chakra and the greatest threat the ninja world has ever faced. Times are now peaceful and the new generation of shinobi have not experienced the same hardships as their parents. Perhaps that is why Boruto would rather play video games than train. However, one passion does burn deep in this ninja brat, and that is to defeat his neglectful father! [TEEN]