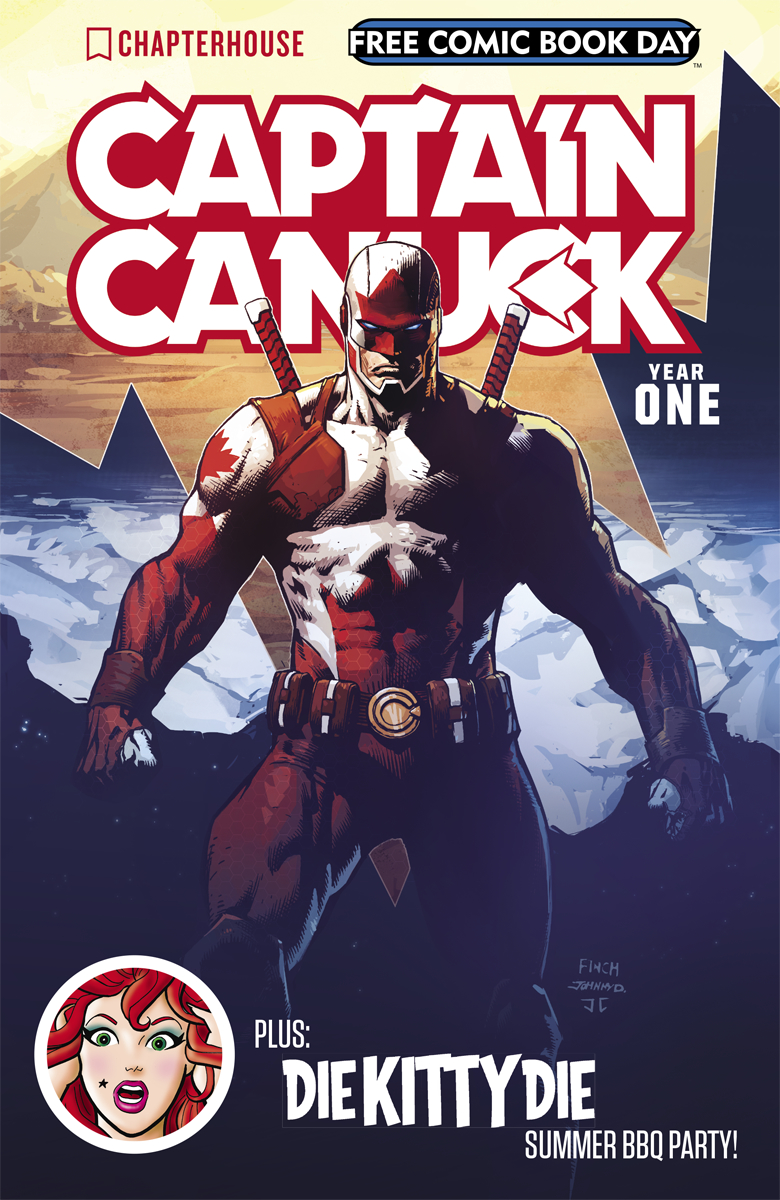 "Sur Saray" is a Year One story set during Tom Evans' time serving in the Afghanistan war. Tom has returned to active duty after going AWOL to rescue his brother from Site ALEPH, but his unit, the PCE Squad is folded into an unscrupulous mercenary platoon. Frustrated by the injustices he's witnessing on a daily basis, Tom begins slipping away by night, using his new powers to right the street-level wrongs the military is too unwieldy to effectively address. This tale is the perfect lead-in to the much-anticipated return of Captain Canuck in his own regular series later in May 2017. [ALL AGES]

"She's survived multiple attempts by her publisher to end her life. Now, Kitty Ravencraft is trying to relax and hold a summer BBQ for her friends, but who just crashed the party?"
In Shops: Apr 12, 2017