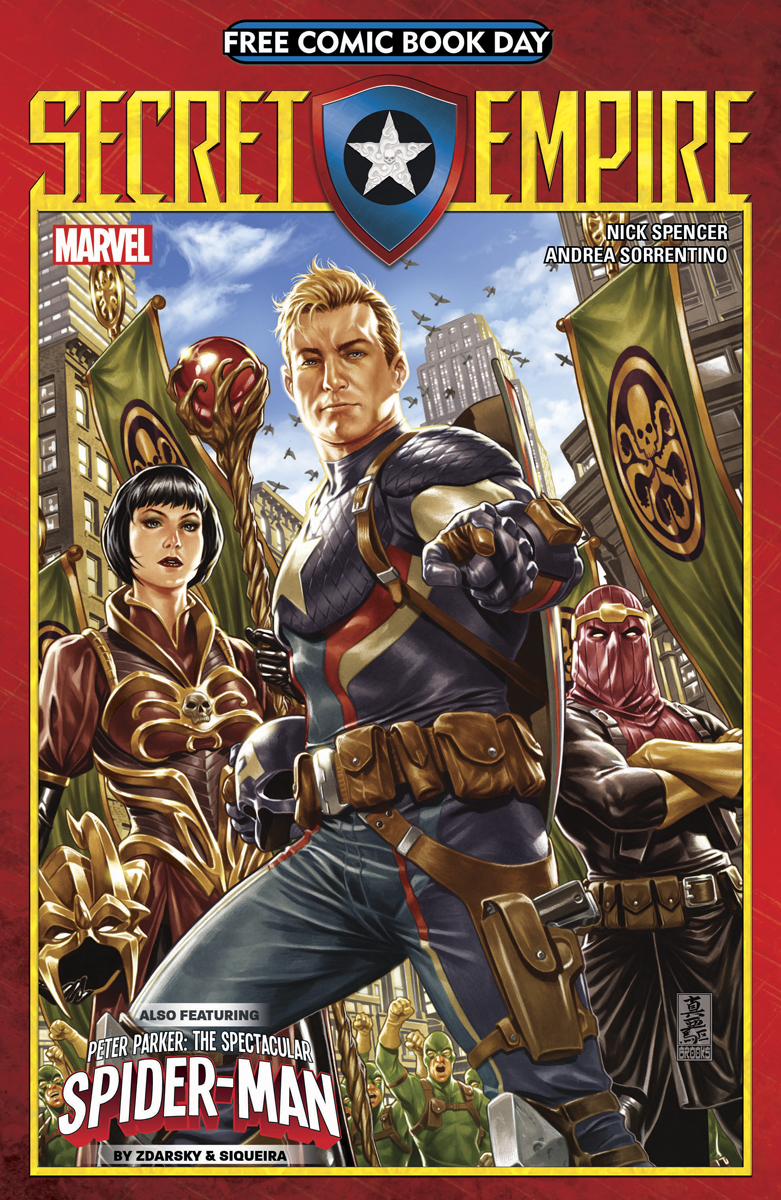 JAN170008
The Marvel Universe is under siege from the greatest threat it has ever known! Everything has been leading to this as Nick Spencer and Andrea Sorrentino bring the entire Marvel Universe together for the highly-anticipated SECRET EMPIRE series! UNITED THEY STAND against a common foe, the Avengers, the X-Men, the Defenders, the Champions, the Inhumans, Spider-Man and more must hold together as an unwavering front! Yet even their combined might may not be enough to withstand the awesome power of Hydra!
Then, after his globetrotting adventures Spider-Man has returned to his friendly neighborhood as Chip Zdarsky and Paulo Siqueira present a sneak peek at PETER PARKER: THE SPECTACULAR SPIDER-MAN! A new companion series to the best-selling Amazing Spider-Man, Peter Parker is back in the Big Apple he's brought the Ol' Parker Luck with him! Don't miss your first taste of this back-to-basics and high-flying ongoing series!  [TEEN]
In Shops: Apr 12, 2017