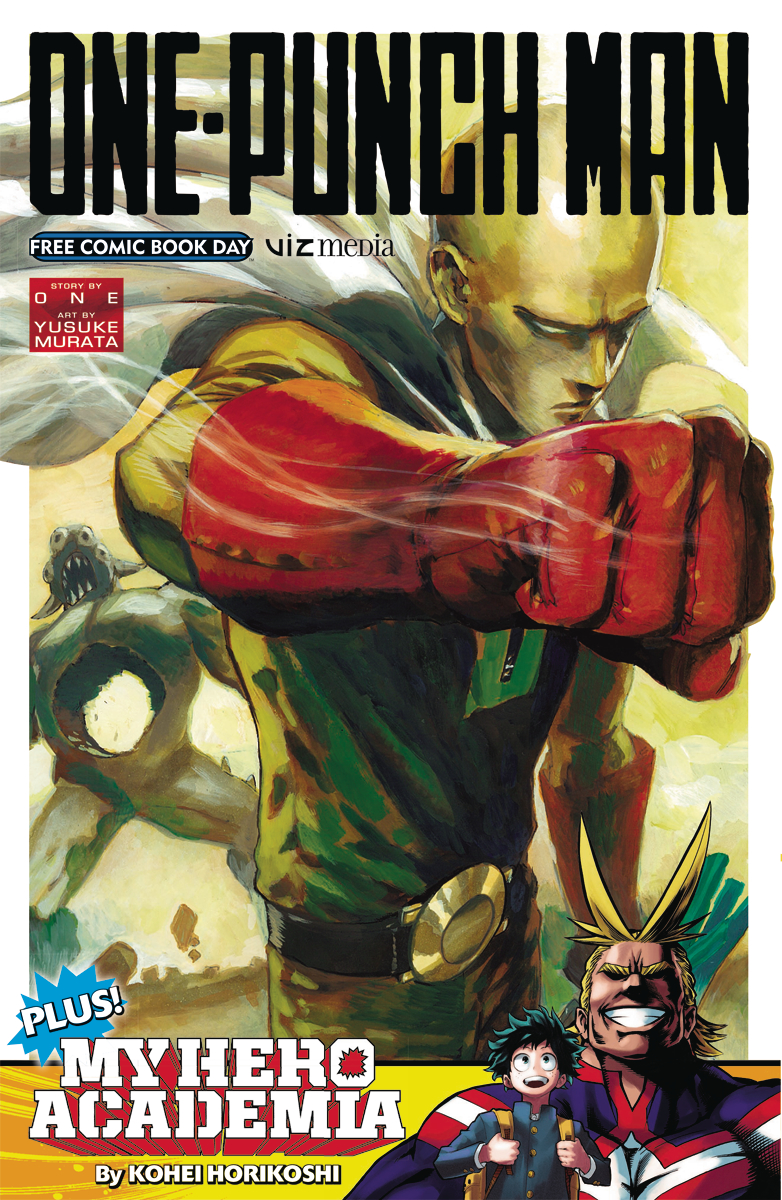 JAN160049
(W) One, Kouhei Horikoshi (A/CA) Yusuke Murata, Kouhei Horikoshi
Nothing about Saitama passes the eyeball test when it comes to superheroes, from his lifeless expression to his bald head to his unimpressive physique. However, this average-looking guy has a not-so-average problem - he just can't seem to find an opponent strong enough to take on! He is the One-Punch Man! Also: What would the world be like if 80% of the population manifested superpowers called "Quirks"? Heroes and villains would be battling it out everywhere! Being a hero would mean learning to use your power, but where would you go to study? The Hero Academy of course! But what would you do if you were one of the 20% percent who were born Quirkless?
Rating: Teen
In Shops: Apr 13, 2016