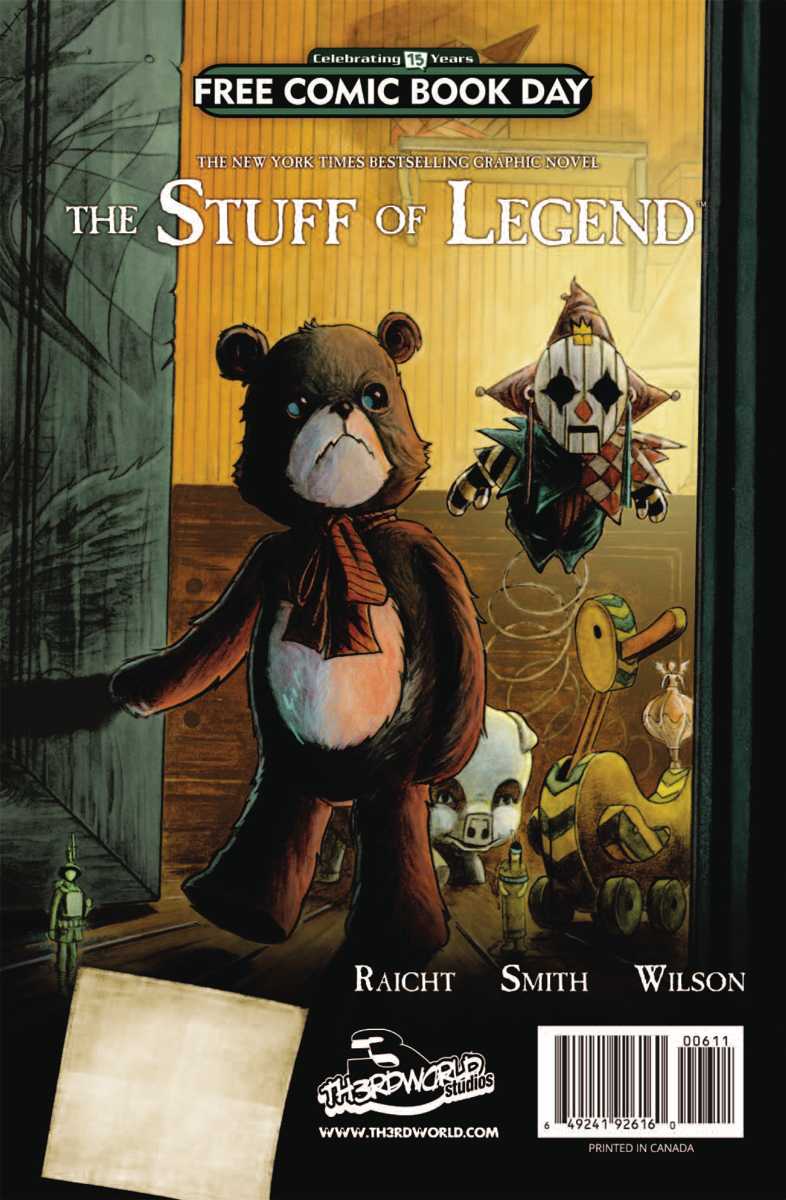 JAN160044
(W) Mike Raicht, Brian Smith (A/CA) Charles Paul Wilson
Th3rd World Studios is proud to announce the return of the New York Times best-selling series, The Stuff of Legend, with this sneak peek into the much anticipated Volume 5, launching May 11th. In "A Call to Arms", our band of toys have been left scattered across the Dark in the aftermath of the Boogeyman's deceit, and they must pull themselves together or risk losing their boy forever. Also included is the original The Stuff of Legend story that started it all - allowing new readers a glimpse of the adventure that awaits our brave toys as they venture through their boy's closet...
Rating: All Ages
In Shops: Apr 13, 2016