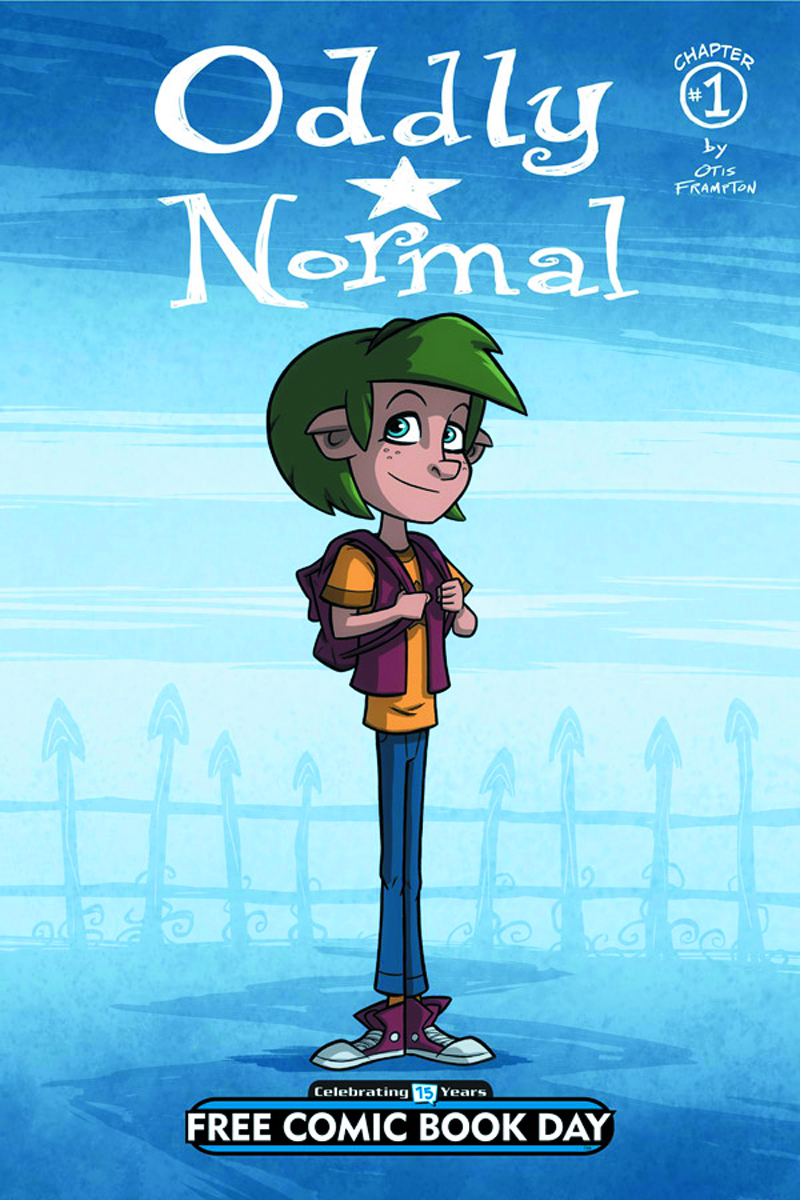 JAN160035
(W) Otis Frampton (A/CA) Otis Frampton
Explore the magical land of Fignation this Free Comic Book Day with Oddly Normal, a ten-year-old girl with pointed ears and green hair - a half-witch who will be the first to tell you that being a little different doesn't make it easy to make friends at school! On her 10th birthday, Oddly blows out her cake's candles and makes a disastrous wish. Now, she must travel to Fignation to uncover the mystery of her parents' disappearance. Join beloved cartoonist Otis Frampton and the delightful Oddly as she navigates a strange new school, monstrous bullies, and Evil itself on an unforgettable fantasy adventure through this vibrant world!
Rating: All Ages
In Shops: Apr 13, 2016