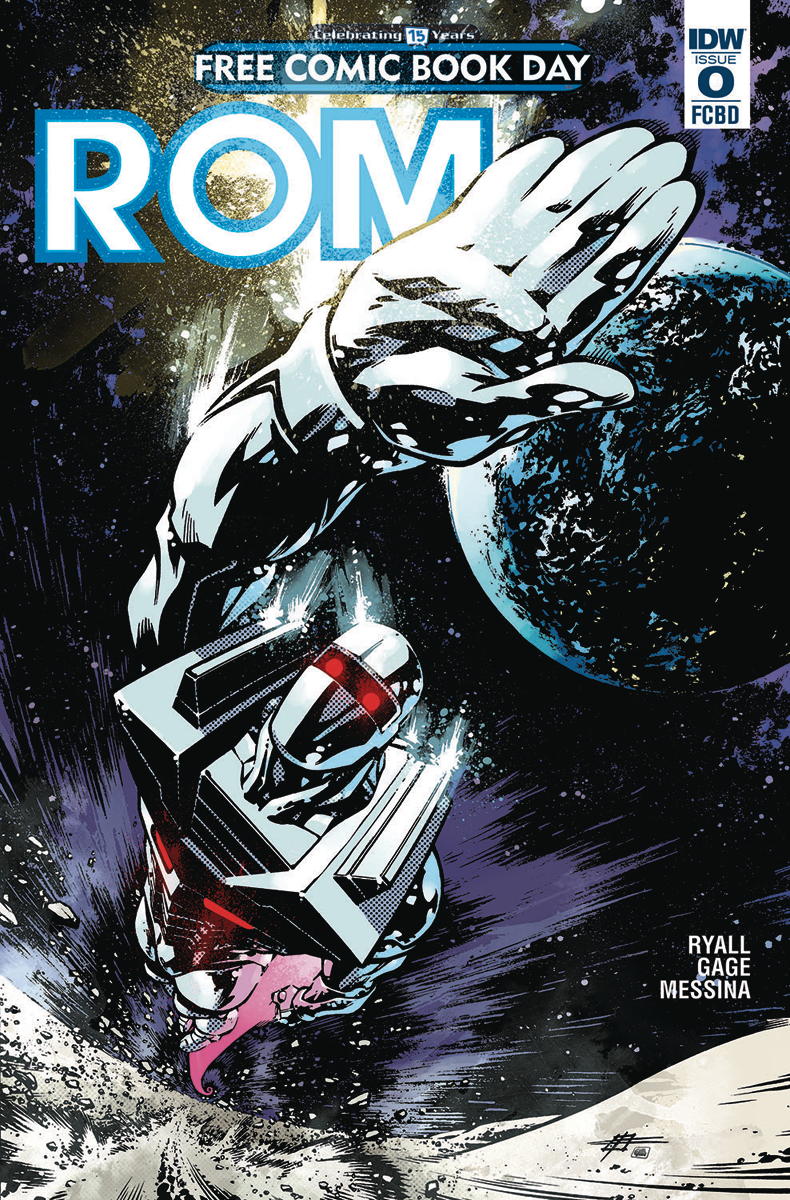 JAN160008
(W) Christos N. Gage, Chris Ryall (A) David Messina, Paolo Villanelli (CA) Zach Howard
He strikes from outer space... hurtling Earthward on his dead mission of cosmic vengeance! Rom is back for the first time in decades, and nothing can stop him! This introductory story re-introduces the character and leads into July's all-new, ongoing series! Plus, in an exclusive prologue to June's debut issue, the U.K.'s greatest weapon is on the warpath-and the fate of the world is in Action Man's hands... as usual.