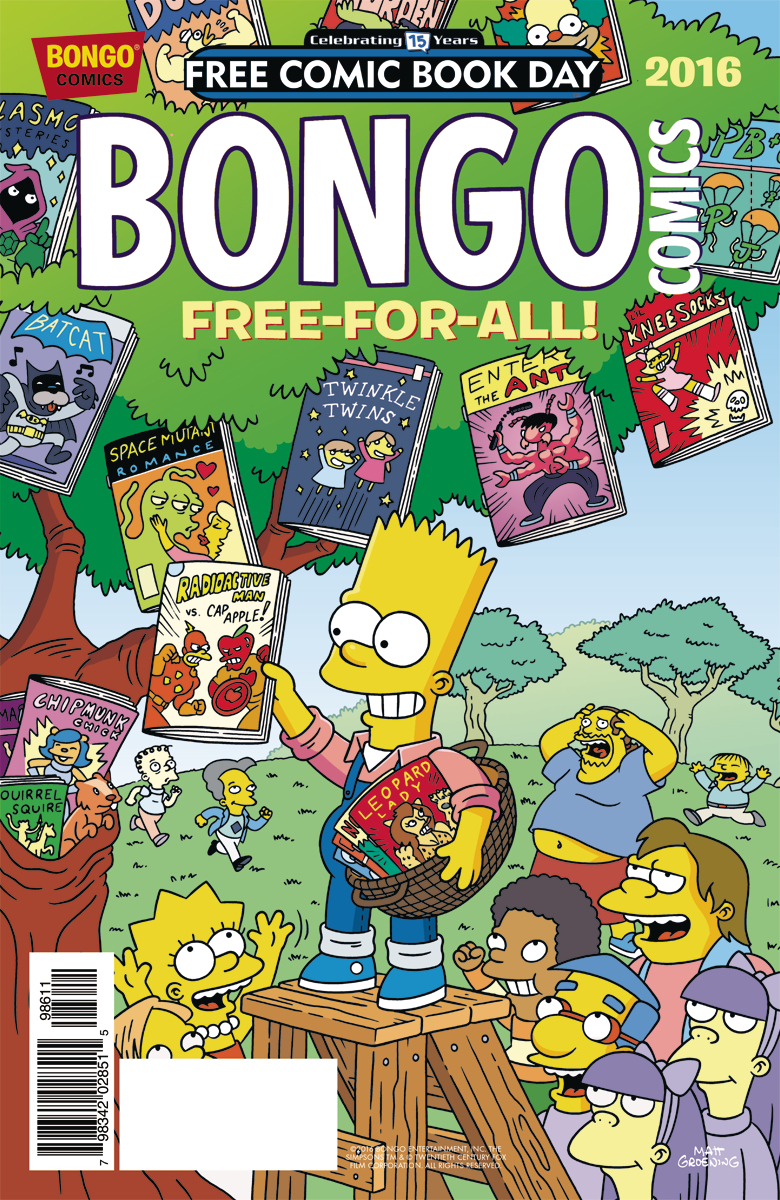 JAN160002
(W) Matt Groening (A/CA) Matt Groening
Get in line for the foremost Free Comic Book Day four-color giveaway of the year! Pieman and the Cupcake Kid take on a new crime team, Glutenus Maximus and his sidekick Gluten Tag, whose pastry-related misdeeds have led to a ban on all baked goods in Springfield! How will the heroic duo battle their foes without their arsenal of pies and cupcakes, and what's worse...what will Homer do without his daily dose of donuts? Then, after an unfortunate trip to the dentist, Principal Skinner is mistaken for a vampire. It doesn't help that Bart fuels the fire (and supplies the pitchforks) to an unruly mob uprising. All that and much, much more - and it's all free!
Rating: All Ages
In Shops: Apr 13, 2016