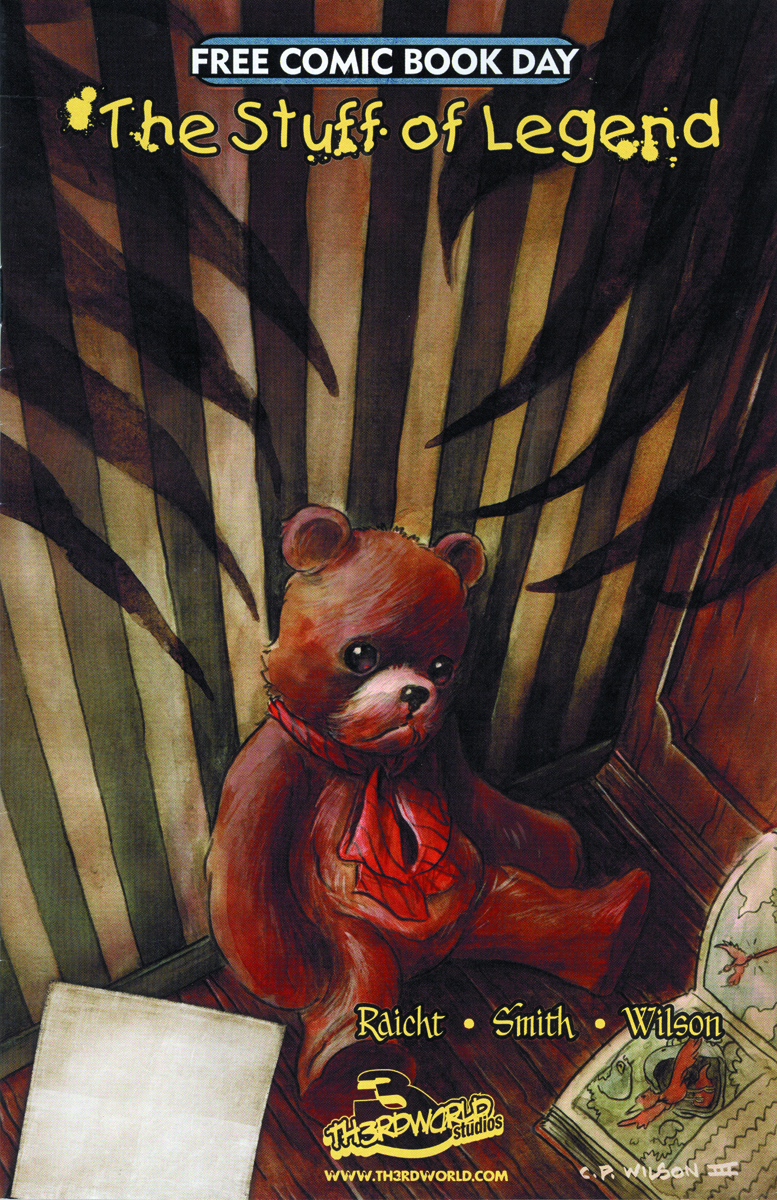 JAN150043
(W) Mike Raicht, Brian Smith, Nick Tapalansky (A) Charles Paul Wilson, Alex Eckman-Lawn (CA) Mike Raicht
Th3rd World Studios is proud to announce the triumphant return of The New York Times bestselling series, THE STUFF OF LEGEND. Left scattered across the Dark in the aftermath of the Boogeyman's deceit, our band of Toys must pick up the pieces or risk losing their boy forever in this Preview of The Stuff of Legend, Volume 5 - A Call to Arms. Also featured is a preview of the brand new all-ages original graphic novel series being hailed as the next Avatar - The Last Airbender: THANATOS DIVER! When Samantha dares to search for adventure in the sunken city beneath her boring island home, she discovers a portal to a world both impossibly exciting and even more dangerous than anything she'd ever imagined. While opening the portal brings Sam to a place full of mysterious creatures, strange cities, and uncharted lands!
Rating: All-Ages
In Shops: Apr 15, 2015