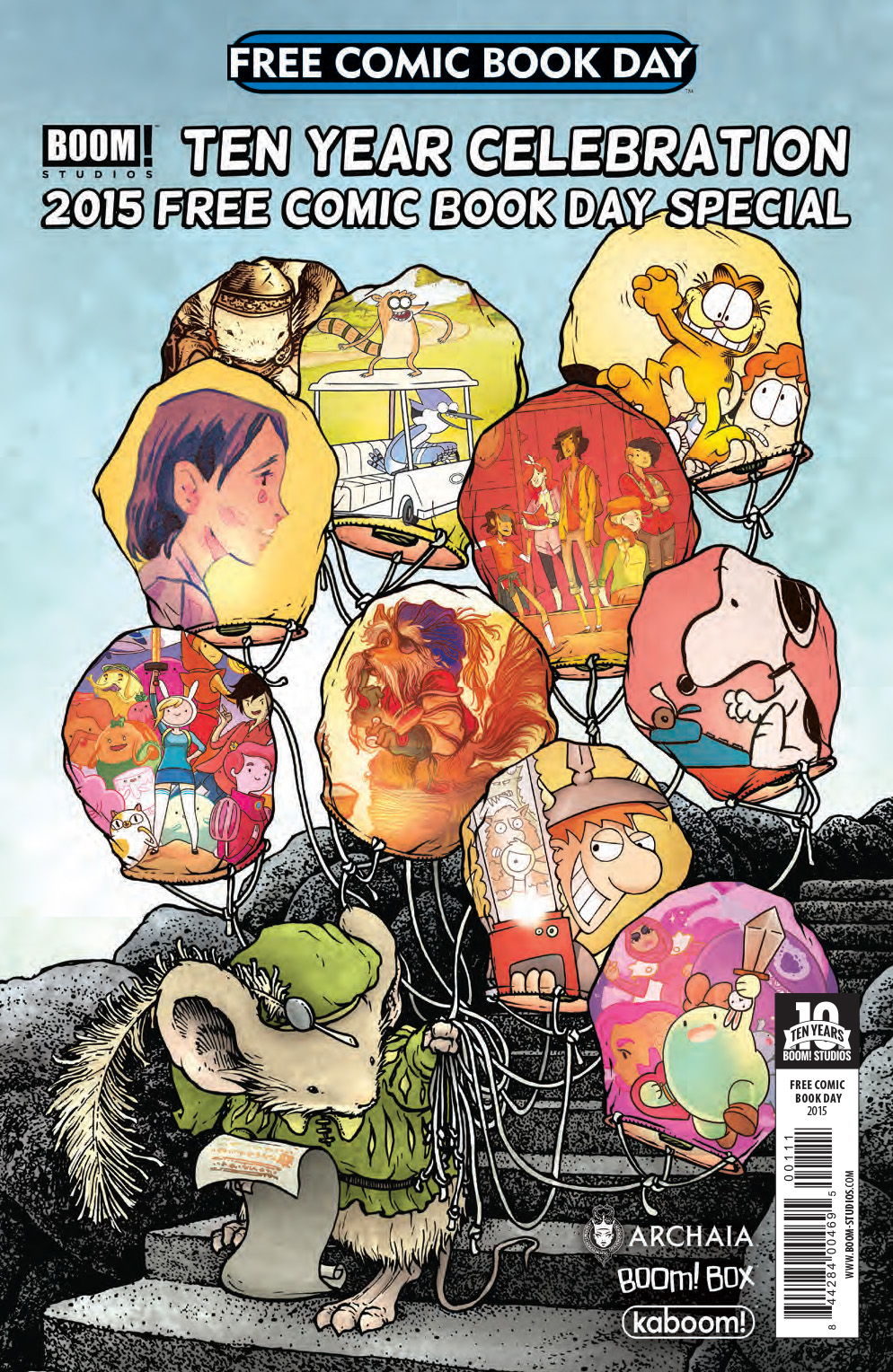 Mouse Guard
"Service to Seyan"
Written and Illustrated by David Petersen
An excerpt from Mouse Guard: Baldwin the Brave and Other Tales. Gwendolyn learns about her mother Alma and the great warrior hall of Seyan.

Garfield
"Fast Feline"
Created by Jim Davis
Written by Mark Evanier
Illustrated by Andy Hirsch
Nothing can keep Garfield from a good meal, even if it means having to beat the fastest cat to get it.

Munchkin
"Table of Contents"
Written and Illustrated by John Kovalic
Fight the monsters, steal the treasure, and backstab your buddy! A wandering monster table appears in this short from the illustrator of the hit card game Munchkin, John Kovalic.