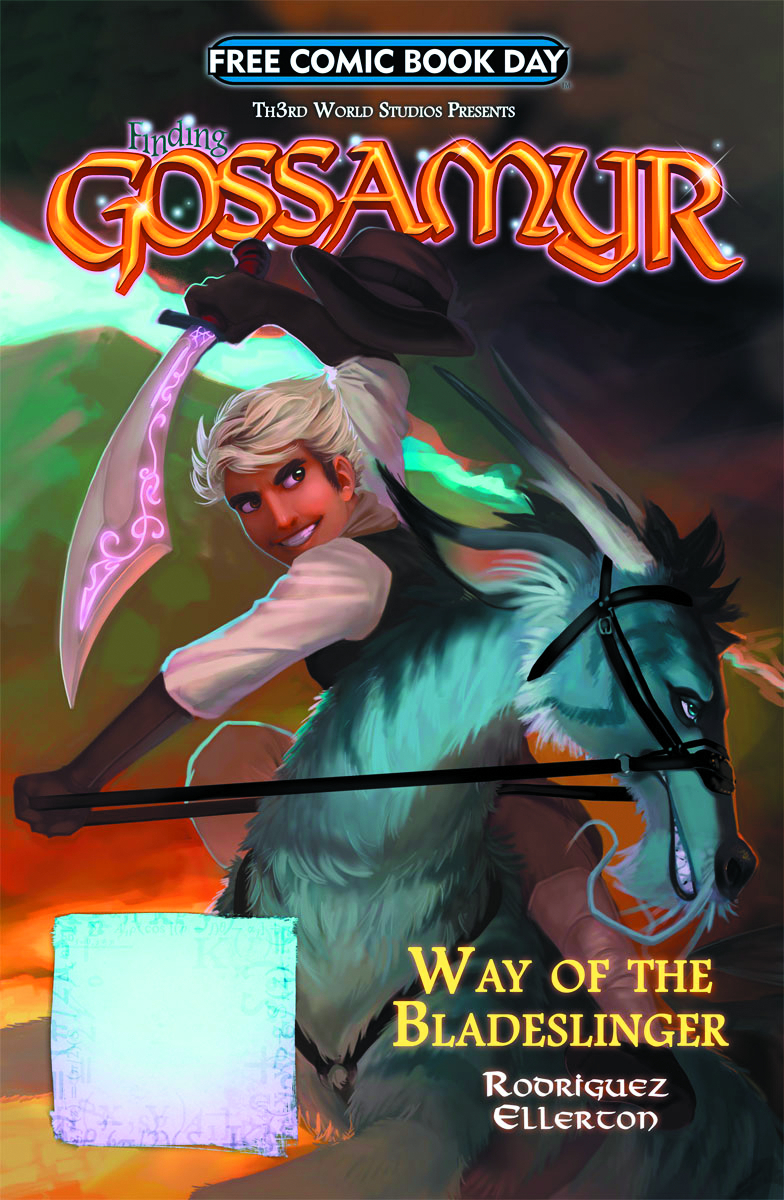 JAN140049
(W) Paul Allor, David Rodriguez (A/CA) Thomas Boatwright, Sarah Ellerton
Return to the fantastic world of Finding Gossamyr as Th3rd World's critically acclaimed series continues in a brand new Free Comic Book Day adventure that leads into the upcoming Volume 2! Eloric helped Jenna and her brother Denny save an entire city from the evil of the Skaythe and has been celebrated as one of the heroes of Gossamyr. But there are events in his past that will return to haunt him and challenge this young farmer's ambition to become a true Bladeslinger of Gossamyr!
Also featured in this issue, a preview of a brand new Th3rd World Studios series, "Past the Last Mountain", where humanity has won an epic war against creatures of fantasy and locked them all away in penal colonies. But a young troll, dragon and faun challenge the authority of their human captors and escape in search of the fabled sanctuary known only as "Dragon Lake".
In Shops: Apr 09, 2014