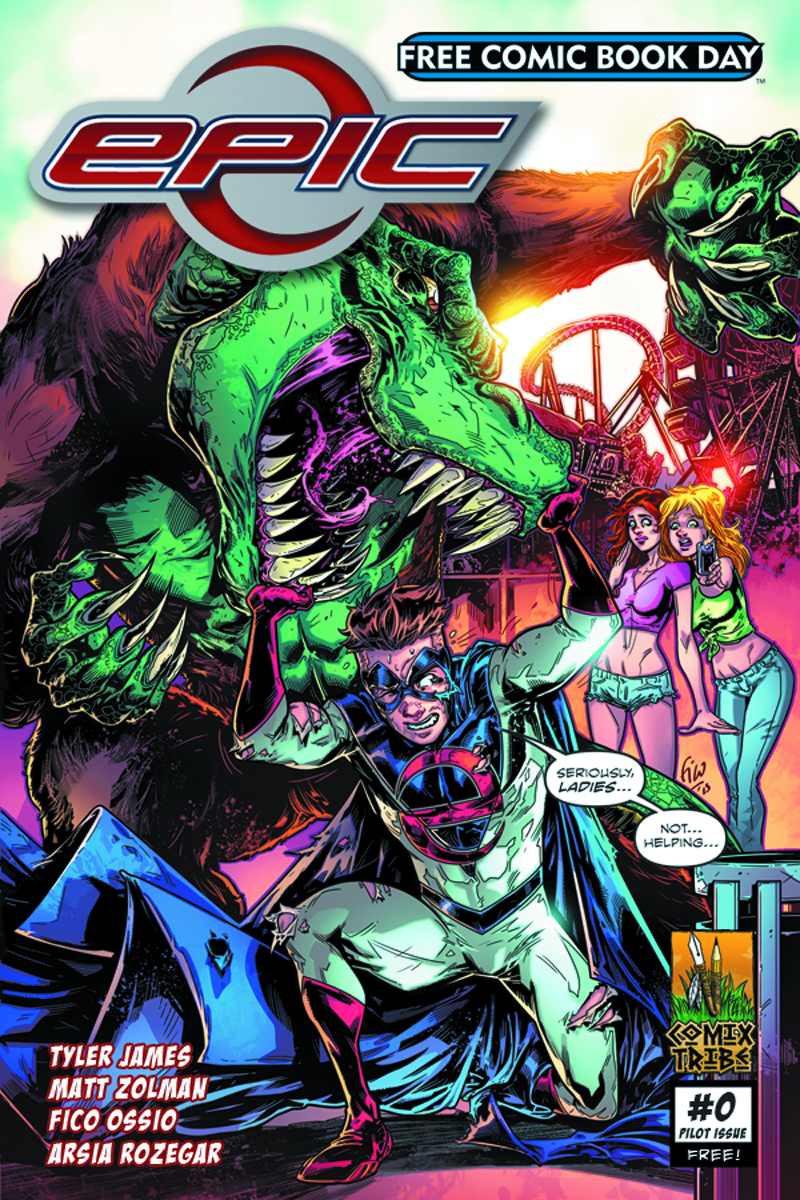 JAN140028
(W) Tyler James (A) Matt Zolman (A/CA) Fico Ossio
After a freak experiment gives teenager Eric Ardor incredible powers, he does what you would do...he puts on a costume and becomes EPIC! Super strength, speed, flight, optic blasts...it's a fanboy's dream come true. Unfortunately, he's just discovered he has one weakness...pretty girls! While most boys his age lose their cool around the hotties, EPIC loses his powers! Living in Miami, home to the zaniest super-villains AND the most bikinis per capita in America, it's gonna be a problem...

Not a dinky preview or a unfulfilling teaser, this is a super-sized, action packed, 32-page pilot issue of your new favorite super hero book...for FREE! Get it on May 3, and then grab the first issue of the new EPIC ongoing series the following Wednesday at your local comic shop!
In Shops: Apr 09, 2014