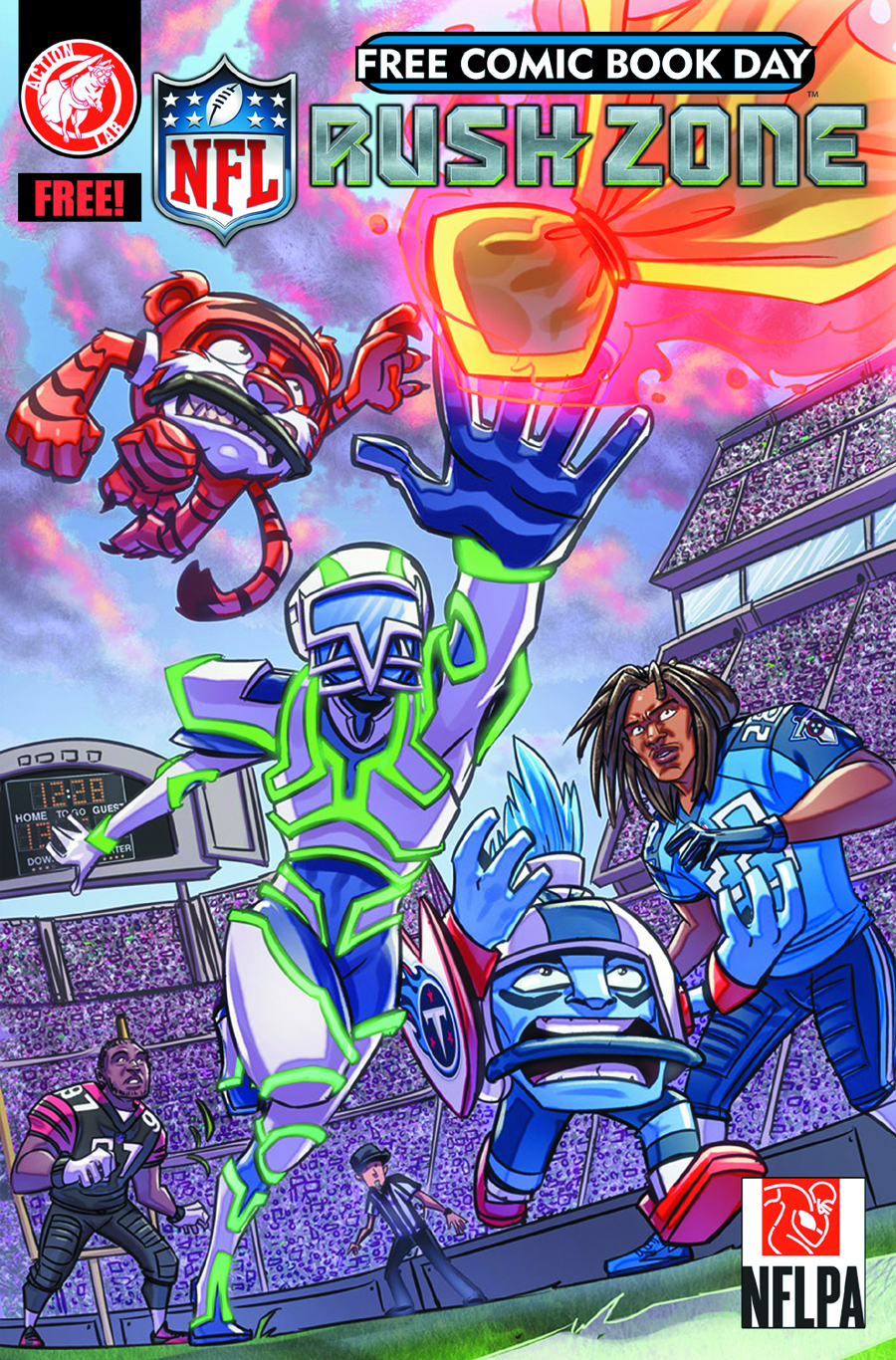 JAN130016
(W) Kevin Freeman, Jeremy Whitley (A) Jerry Gaylord (A/CA) M Goodwin
Two complete stories!  A referee's flag is corrupted by the power.  The Guardians must arrive at the Bengals-Titans game and get that flag before the referee throws it, bringing it to life.  And the villainous Coach Carnage is on the recruit for his interstellar team "The Visitors," and it's up to the Guardians, with the help of previous draft picks, to stop him from ruining the draft and taking this year's recruiting class.
This FCBD book also includes an exclusive preview of Jeremy Dale's adventure/fantasy comic series, "Skyward."
In Shops: Apr 17, 2013