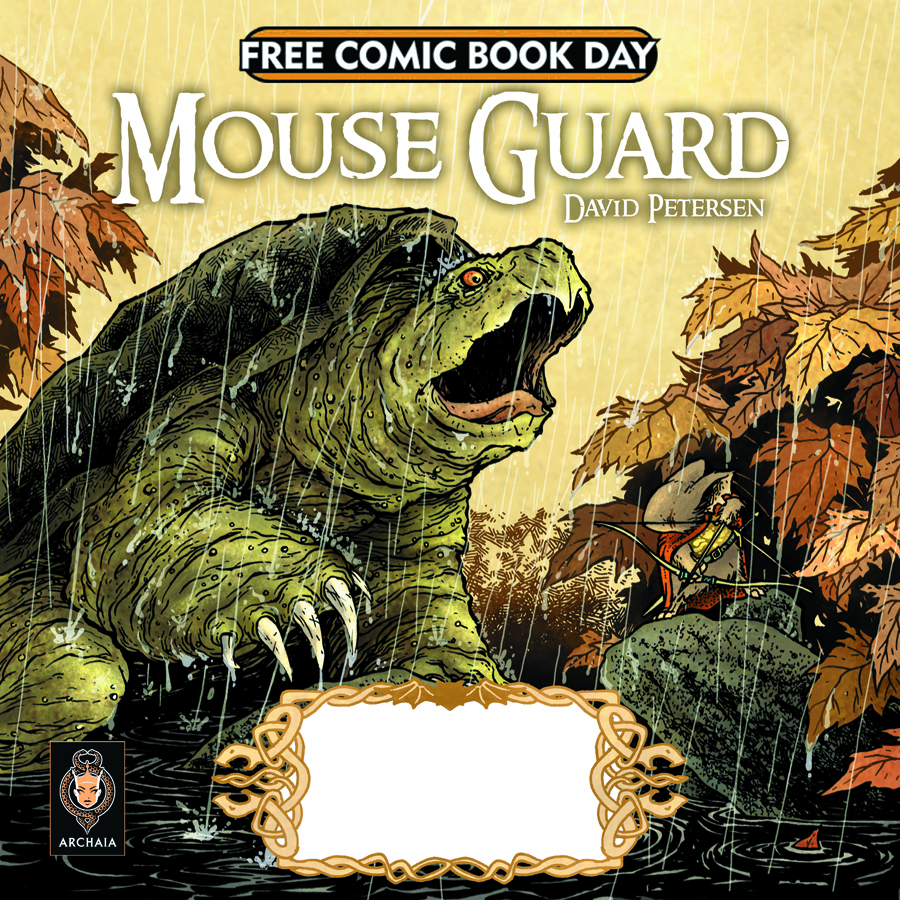 JAN100004
(W) David Petersen, Various (A/CA) David Petersen, Various
Archaia is proud to present two amazing all-new stories in one fantastic flip book--David Petersen's award-winning MOUSE GUARD and Jim Henson's beloved FRAGGLE ROCK share the spotlight on Free Comic Book Day!  In the spring of 1153 the Mouse Guard deal with the onset of the spring thaw and the havoc it wreaks on their territories. As they scatter to clean, and hunt, and glean, they also search for their missing redfur... Meanwhile, it's time to dance your cares away as Archaia and The Jim Henson Company invite you to return to FRAGGLE ROCK. Join Gobo, Mokey, Wembley, Boober and Red for a brand-new series of hilarious and heartfelt adventures written and drawn by some of the most imaginative creators in comics. Whether you're a fan of the original series or new to the world of the Fraggles, this is one title you don't want to miss!