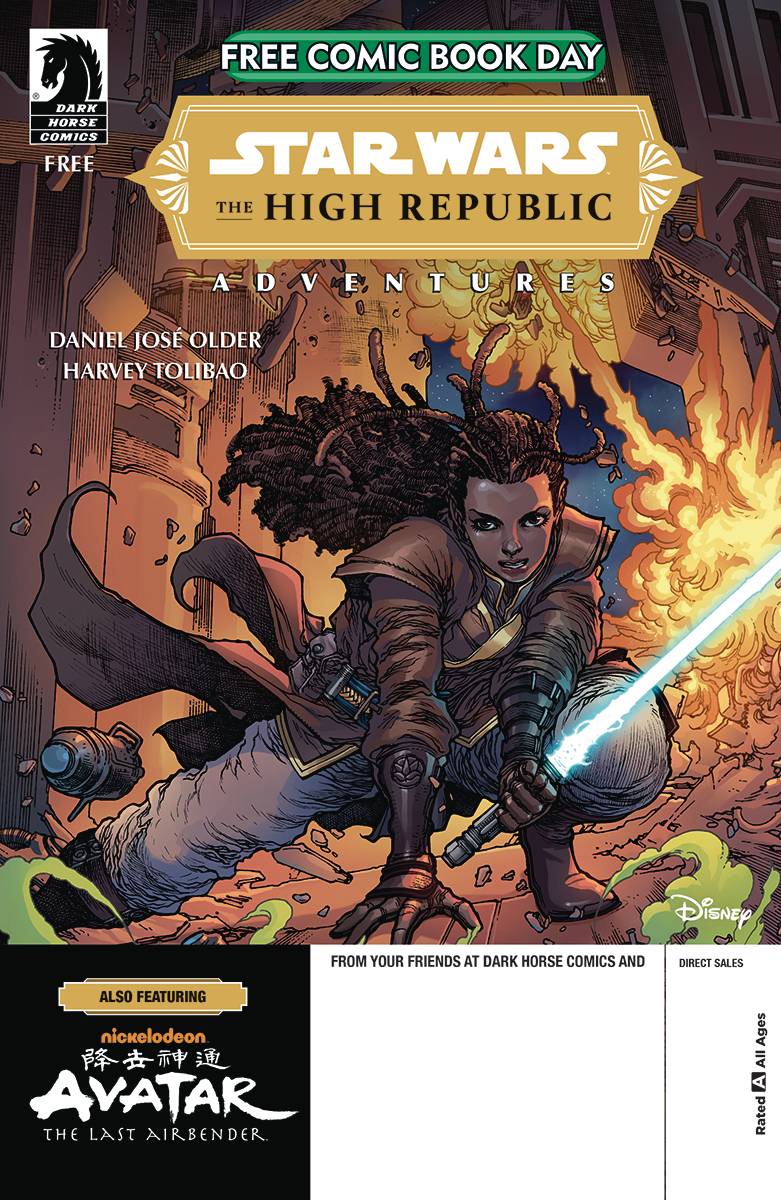 DEC220022
(W) Daniel Jose Older, Amy Chu (A) Harvey Tolibao, Kelly Matthews, Nichole Matthews (CA) Daniel Jose Older
Get set for adventure with stories from the farthest reaches of a galaxy far, far way; as well as the world of Avatar: The Last Airbender! In Star Wars: The High Republic Adventures the galaxywide conflict between the Jedi Order and the Nihil intensifies, and a shuttle full of younglings gets caught in the crossfire!  In Avatar: The Last Airbender, Aang and his friends come across a village decimated by the Fire Nation. One survivor-a young child named Luumi-refuses to open up to anyone except fellow Earth Kingdom native Toph.
Exclusive Original Material
Rating: All-Ages
In Shops: Apr 05, 2023