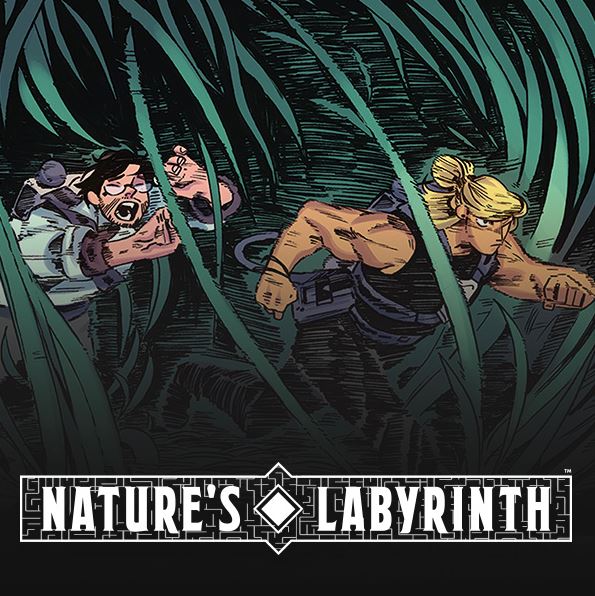 A terrifying island. An ever-changing landscape. A handful of criminals. A fight for survival! It's all-out mayhem inside Nature's Labyrinth from Mad Cave Studios.

In the following interview, artist Bayleigh Underwood takes us beyond the mazes and death traps, and shows you how to navigate the intricate artistic process of this new series!

Firstly, who are you and where do you hail from?

Hi! I’m Bayleigh Underwood and I’m from Wilson, NC, US. How did you get into comic books as a fan?

I got into comics in my first year of college by discovering and following Original Character Tournaments (OCTs) on Deviantart. They’re this very weird, but fun collaborative comic thing that always turns more into people doing crazy stories with people’s characters than a tournament. But that's part of the appeal. It's as much an improv storytelling competition as an OC fight. The first one I found was The Cure OCT. Particularly Ben Fleuter’s run. How did you get into comics as a professional?

I made a few pages of a skateboard comic in 2019 and a lot of people liked it. A few people approached me for some indie projects and I jumped at them. I think I really started getting more visibility after the Kickstarter for It Took Luke got very popular. What can you tell us about the story behind Nature's Labyrinth?

Mad Cave approached me to see if I was interested in a brutal battle royal with Zac and yeah that stuff is right up my alley. He pretty much had the first few issues done so I went in and tried to give it a really fun look and match the vibe Zac was going for. 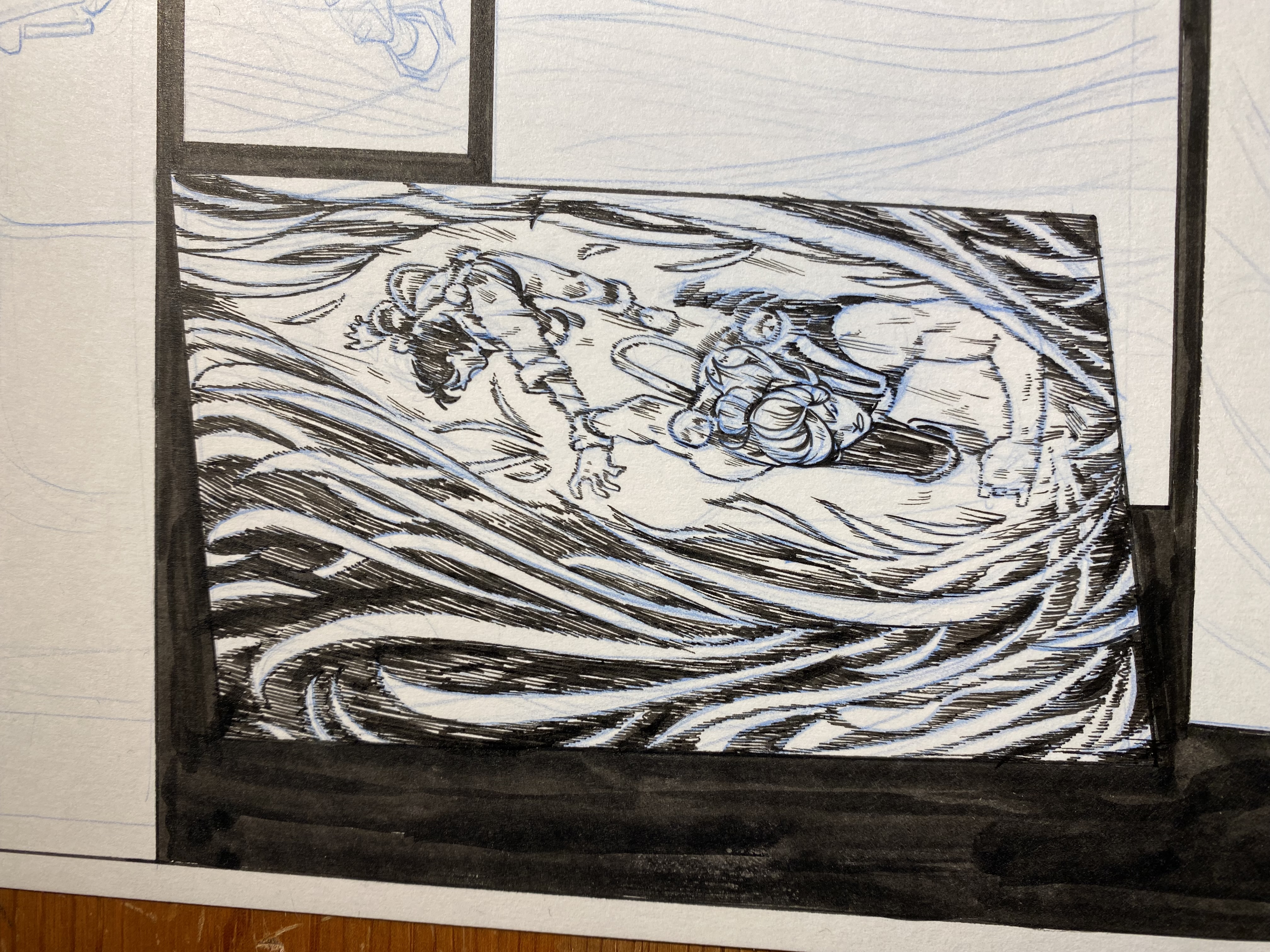 What tools do you use to draw?

I pencil with mechanical pencils with blue or red lead. That way I can easily key out the pencils after I scan in the inks, which are done with a combination of Micron pens and Copic Multiliner SP pens. From there I scan it all in with a big Epson printer and do the final edits to lines in Photoshop. What’s next for you?

I’m doing a big, two-book graphic novel with Emily Reisbeck that was just announced called Lucky 555! It's super exciting since we put together the pitch pages wayyy back in 2019. 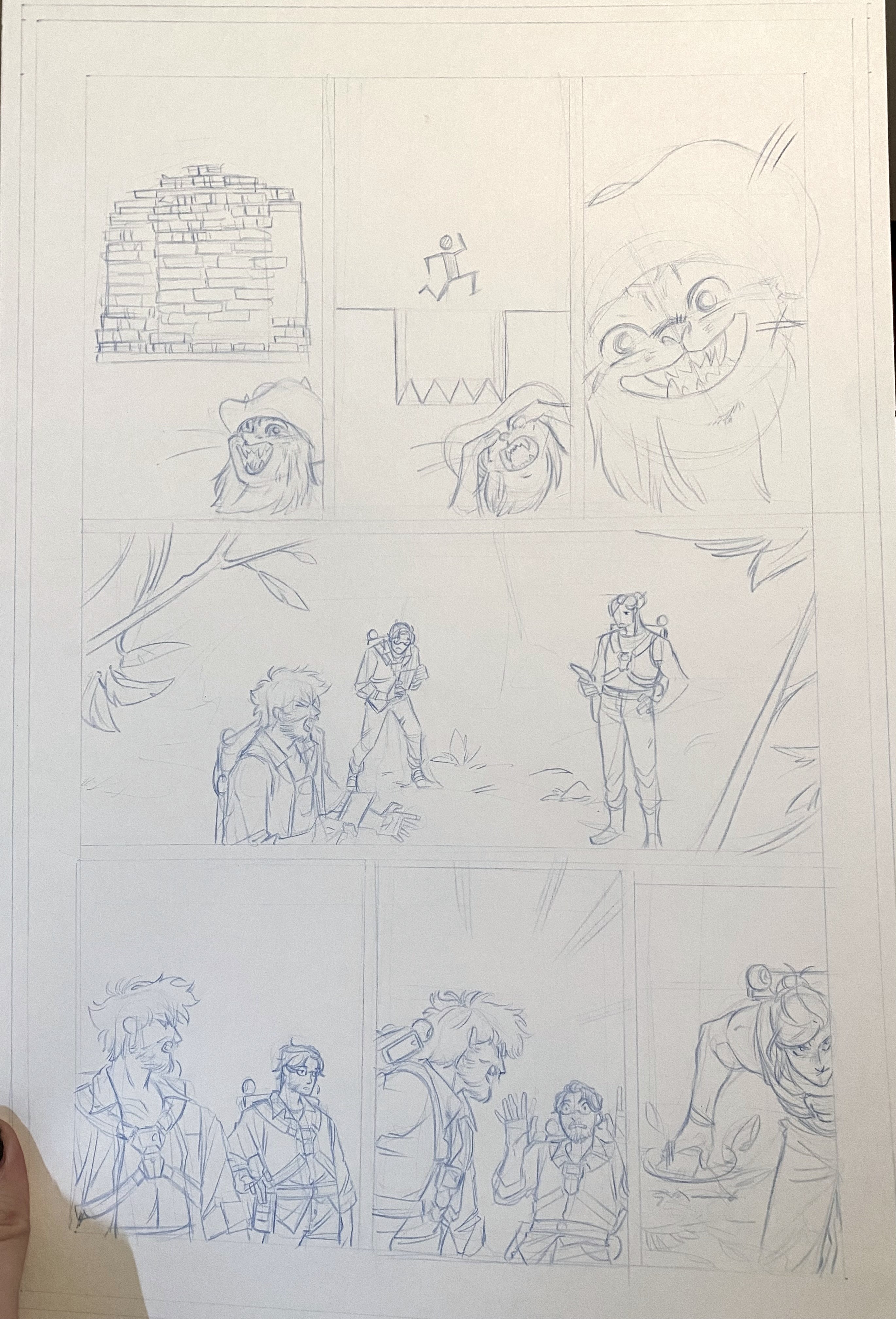 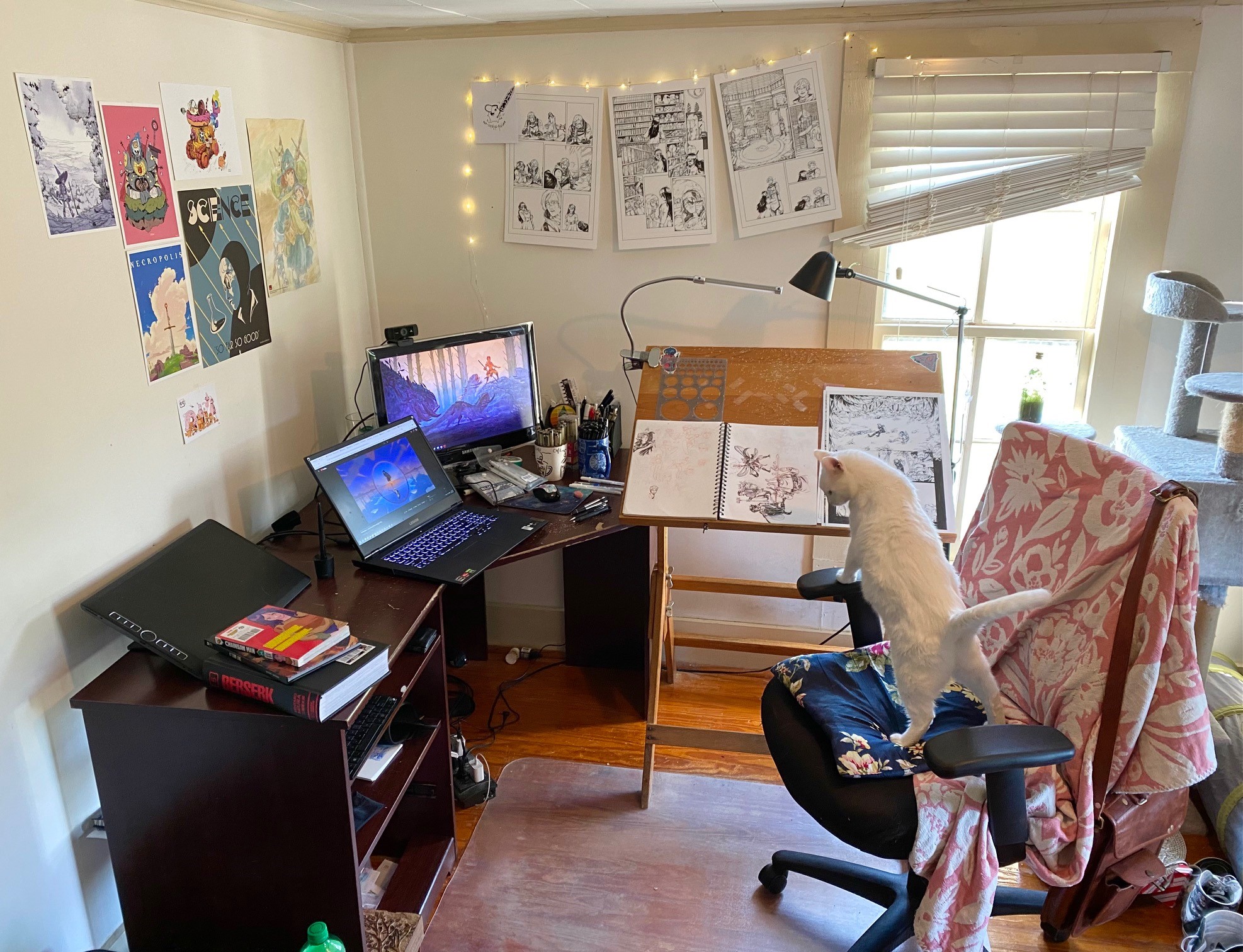 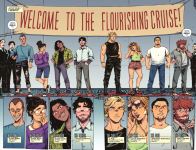 Nature's Labyrinth (SEP221804) is available on November 2, 2022, at comic shops from Mad Cave Studios. Reserve your copy with PREVIEWSworld Pullbox. SEP221804
(W) Zac Thompson (A) Bayleigh Underwood (CA) Filya Bratukhin
In the middle of the ocean lies a remote island complex lined with traps and an ever-changing landscape. Created by a mysterious man known only as "Ahab," the island was designed to test the wills of the world's most notorious criminals. In a battle royale style game, eight violent felons will fight for survival and to the death over the course of three days of relentless action. The winner receives a wealth or riches and complete anonymity, but at the cost of keeping their silence about the island's existence. What Ahab doesn't know is that someone is on to him. Someone has infiltrated his island with the intention of revealing the truth about this twisted game.
In Shops: Nov 02, 2022
SRP: $3.99
PREVIEWS Page #353 OCT221813
(W) Zac Thompson (A) Bayleigh Underwood (CA) Filya Bratukhin
After being dropped on a terrifying island with an ever-changing landscape and left to fight for their lives, it's all-out mayhem as the rules of the game have evolved to include specialized weapons for each of the felons. The island will show the contestants who they truly are. Will they accept the truth or will they devolve into the violent criminals they are?
In Shops: Dec 14, 2022
SRP: $3.99
PREVIEWS Page #339
NATURES LABYRINTH #3 (OF 6) (MR)
MAD CAVE STUDIOS 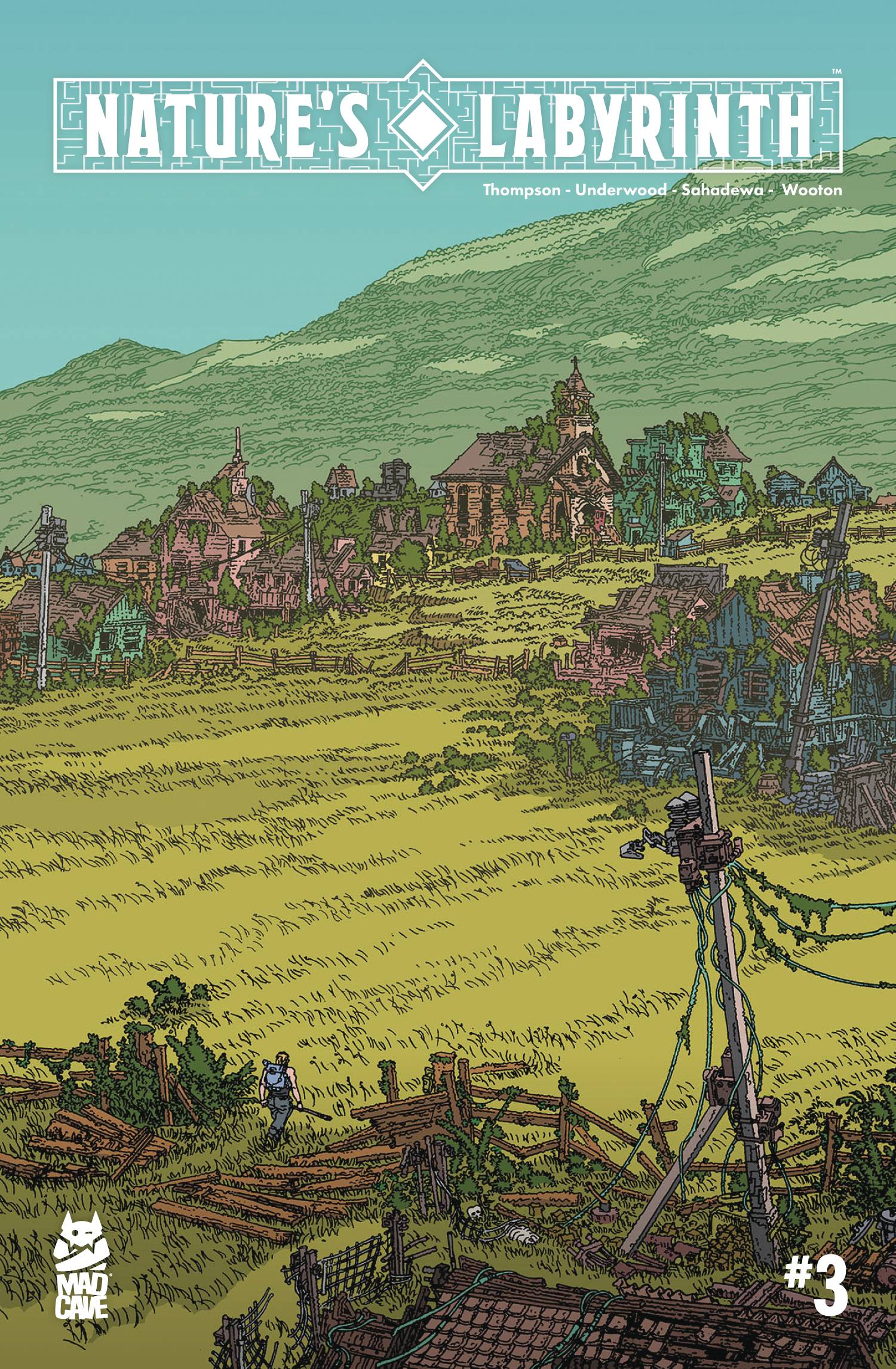 NOV221690
(W) Zac Thompson (A) Bayleigh Underwood (CA) Filya Bratukhin
J. and Nasir continue their journey through the labyrinth, but things take a ghostly turn as they stumble upon a ghost town inhabited by some not so friendly cowpokes. Meanwhile, Ahab is preparing a surprise for all the contestants that will completely change the rules of the game. Nature's Labyrinth is an all-new six issue mini-series from writer Zac Thompson (Yondu, The Brother of All Men, Undone by Blood) and Bayleigh Underwood (It Took Luke, The Sixth Borough).
In Shops: Jan 18, 2023
SRP: $3.99
PREVIEWS Page #341

Troy-Jeffrey Allen is the producer and co-host of PREVIEWSworld Weekly. His comics work includes MF DOOM: All Caps, Public Enemy's Apocalpyse '91, Fight of the Century, the Harvey Award-nominated District Comics, and the Ringo Award-nominated Magic Bullet.

Get Graphic: How Artist C.P. Smith Uses A.I. To Build 'The Resistance' Next Article

On PWW Live: What is the Future of Comixology?