Many comic writers and artists will tell you that what sets comic books apart from other mediums of art and entertainment is its limitless ability to tell a story. It reaches to the farthest corners of imagination to pit likely and unlikely heroes against the toughest odds in a masterpiece mashup of written and visual storytelling.

Read our interview below with Brian K. Vaughan to learn more about what to expect in the ground-breaking title, Barrier. Then, click here to read through our PREVIEWS Prevue of the title! 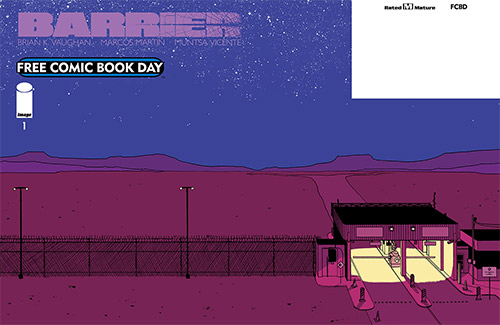 Free Comic Book Day (FCBD): Fans were excited to see The Private Eye come to print and now you are doing the same with Barrier. Tell us what’s special about how you are releasing this webcomic in print to local comic shops?

I’ve always loved serialized comic books, especially the act of picking them up each Wednesday from my local retailer, so when Eric Stephenson suggested finally bringing BARRIER to print as five special issues released weekly exclusively in comic book stores, Marcos and I leapt at the opportunity. Graphic novels and trade paperback collections are great, but this is all about celebrating good old-fashioned comic books... in a hopefully original and innovative way.

FCBD: For those who might be new to your comic book, give us a quick rundown of the story!

Barrier is a story about people from very different worlds making an unexpected connection: Liddy, a tough-as-nails female rancher from Pharr, Texas, and Oscar, an immigrant from San Pedro Sula, Honduras, one of the most dangerous places on their planet.

FCBD: What genre is your title?

While it starts out as a grounded, small-town crime story, Barrier quickly evolves into an interstellar sci-fi epic. We explore “illegal aliens” in every sense of the term.

FCBD: What has been your favorite part of the book or main character(s) to tackle?

As readers will see in our very first issue, Barrier is told in multiple, untranslated languages (including English and Spanish), but because of the beauty and clarity of Marcos’ artwork, I think everyone will eventually be able to understand Liddy and Oscar’s story, even if you're not bilingual. Comics are truly an international language, and it’s been a joy to watch readers from all over the world connect with this story.

FCBD: What other titles would you compare to yours? “If a comic reader likes _______ , they should pick up my title?”

Barrier is completely unlike anything I’ve ever worked on before, but I think the characters and themes will appeal to anyone who enjoys Saga or Paper Girls.

I can reveal that the third issue is the first “silent” comic that either Marcos and I have ever attempted, and I’m particularly proud of it.

FCBD: What initially got you interested in comics? (or What is your favorite thing about working in comics?)

I love collaborating with artists, and Marcos Martin and Muntsa Vicente are two of the most gifted creators alive, so any day I get to work with people like them is a day that doesn’t feel like work at all.

My first comic was a random issue of The Amazing Spider-Man my parents got me when I was home sick from school. Maybe it was just the fever, but I swear I could feel my brain changing as I read it.

FCBD: Tell us why everyone should read comics!

No other visual medium—not movies, not television—offers as much creative freedom as comics, which is why the best ones feel unlike anything else lovers of stories can find anywhere.

Watching people of all ages walk into amazing stores to pick up what might be their very first comic.

I’m still figuring that out, but I’ll definitely be signing copies of Barrier somewhere in California! 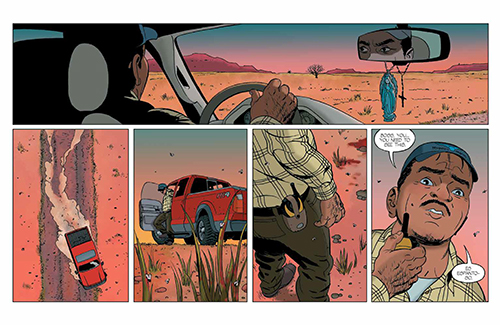 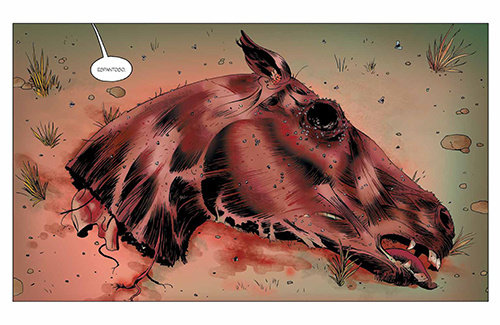