Legend Comics & Coffee is Raising Money for the Make-A-Wish Foundation!

Legend Comics & Coffee in Omaha, NE is doing something really amazing - raising money for the Nebraska Chapter of the Make-A-Wish Foundation. We talked to them to find out more about this charitable event that ends on Free Comic Book Day with the Grand Prize of an Amazing Spider-Man #1. 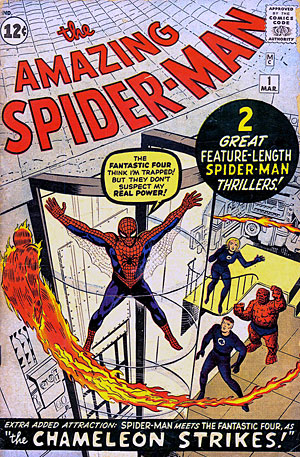 FCBD: Tell me a little about your Fundraiser.

Legend Comics & Coffee: We're raising money to benefit the Nebraska chapter of the Make-A-Wish Foundation! We're selling door prize tickets for $5.00 each from now until Free Comic Book Day on May 4th. Every cent we collect will go to Make-A-Wish!  We won't be subtracting anything for fees, operational costs, or any of that other nonsense that you sometimes hear. We'll be giving away a wide array of prizes from our local fundraising partners (American Tattoo, Beercade, J. Coco, McFoster's Natural Kind Cafe, Aksarben Cinema, and more). The Grand Prize, however, is a genuine copy of Amazing Spider-Man #1 CGC graded 4.0 and valued at just over $4000!

FCBD: How did the partnership with the charity come about?

Legend Comics & Coffee: Dave DeMarco, one of Legend's co-owners went to Make-A-Wish with the idea of using Free Comic Book Day as a fundraising opportunity. The comics that we've been giving away are from Dave's personal collection. Now that he's a comic shop owner, he wants to use the stuff that made him happy as a child to make other kids happy.

Legend Comics & Coffee: Yes. Last year was our first Make-A-Wish fundraiser. Among many prizes from local businesses, we gave away a copy of Amazing Fantasy #15, the first appearance of Spider-Man. We raised over $8000 for Make-A-Wish!

FCBD: Can anyone participate in the fundraiser?

Legend Comics & Coffee: YES! Everyone is welcome to donate! We have donations coming in from all over the world. Those that are interested in donating can visit the shop personally or go to our fundraiser page at http://legendcomicsandcoffee.com!

FCBD: When and how will you announce the winner of the Fundraiser?

Legend Comics & Coffee: We will draw the winners on Free Comic Book Day in front a full crowd of eager comic fans. Donors don't need to be present to win, so we'll be notifying them by phone if necessary. Last year, an 11-year-old boy from our neighborhood won the Grand Prize, despite dozens of other donors from all over the world! It was magical...

FCBD: What are some of your other plans for Free Comic Book Day?

Legend Comics & Coffee: We always have a huge sale, free food from various local vendors, carnival games outside (which could gain the player extra chances to win our Grand Prize), local artists doing sketches, and, of course, thousands of free comics!

FCBD: How long have you been in business?

Legend Comics & Coffee: Legend opened its doors in July of 2007. We outgrew our first location almost immediately! In November of 2011, we completed a year-long renovation of Omaha's historic Wohlner's Building, added the coffee shop, and the new Legend Comics & Coffee was born!

FCBD: Have you won any awards, like Best in Omaha or been nominated for an Eisner?

Legend Comics & Coffee: No we haven't, but who knows what the future holds?